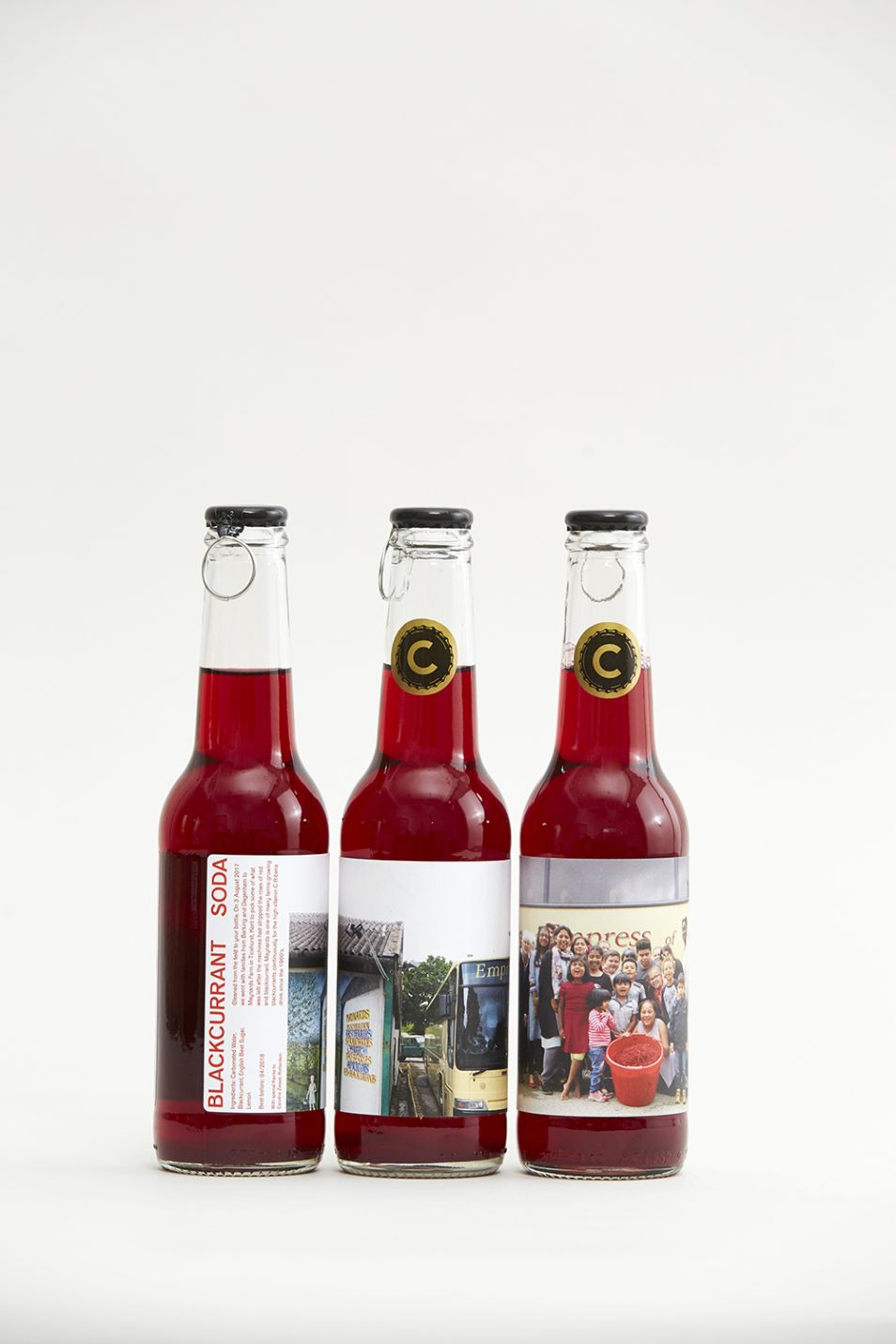 Each year the blackcurrants for our soda and cordial are gleaned from farms in Kent or Essex who have a contract with Ribena to grow for their popular drinks.

During the Second World War fruits rich in vitamin C like oranges became almost impossible to obtain in the UK. The government encouraged blackcurrant cultivation, and the yield of the nation’s crop increased significantly. From 1942, almost the entire British blackcurrant crop was made into blackcurrant syrup, and distributed to the nation’s children for free without the Ribena brand name attached, giving rise to the lasting popularity of blackcurrant flavourings in Britain.

Our 2017 crop is from Maynards Farm in Ticehurst, Kent, and Caroline Zeevat from Rotterdam deserves a special thanks for her support of our Kickstarter campaign.