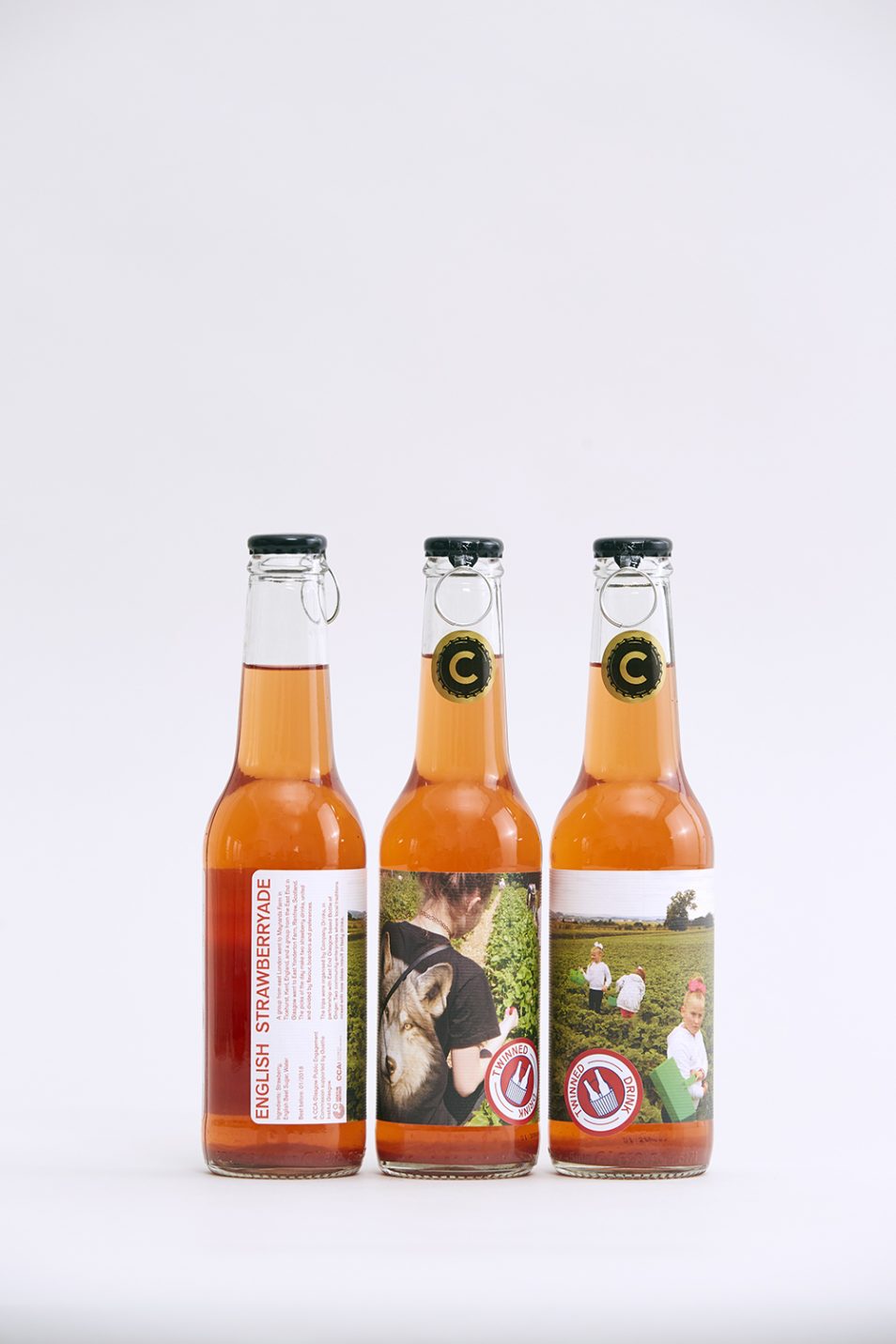 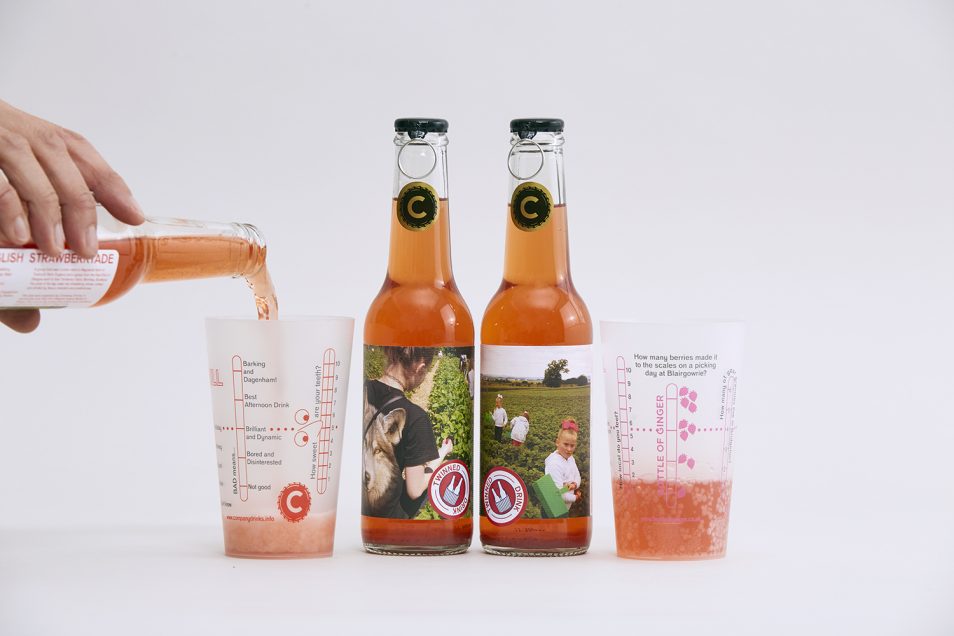 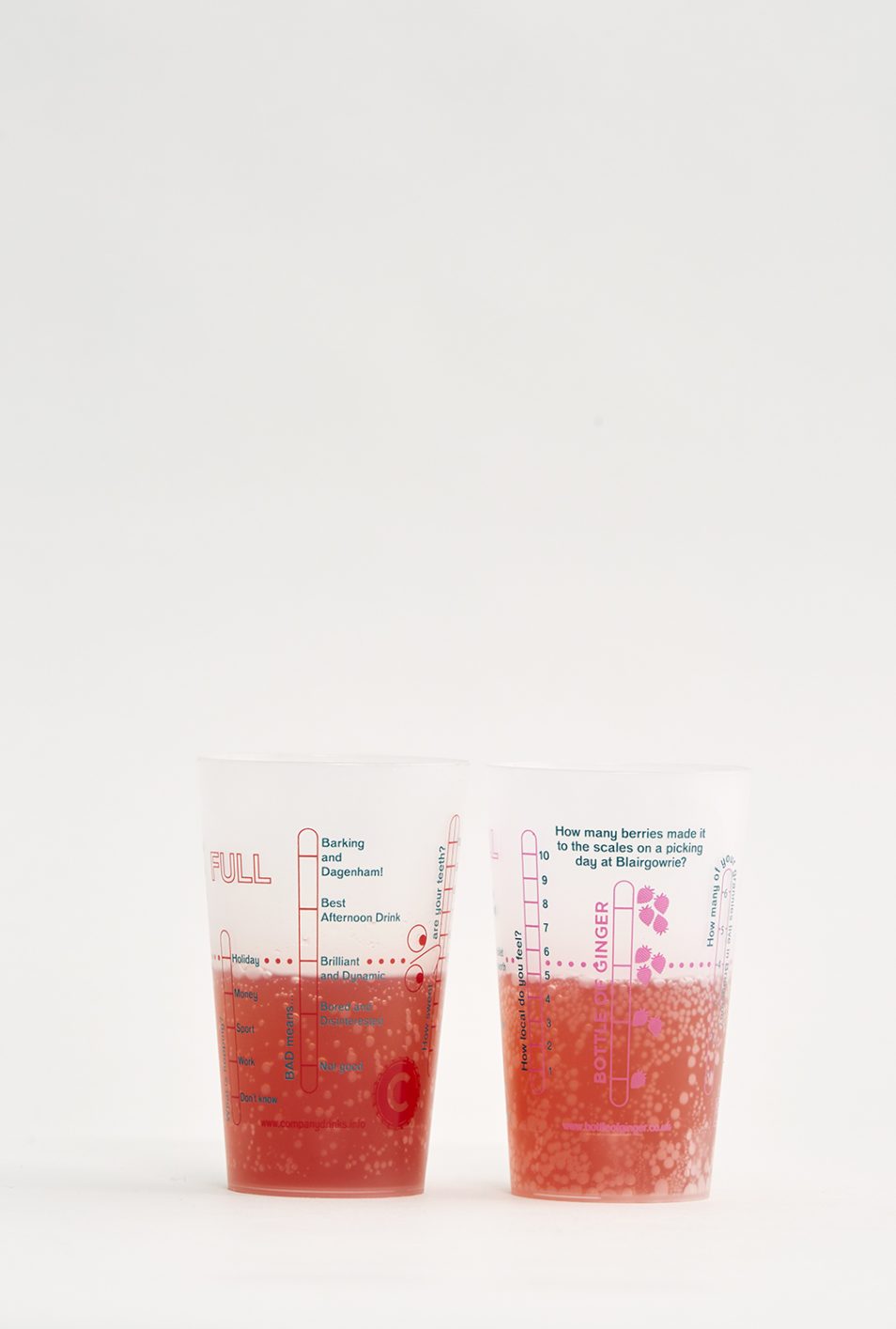 The Centre for Contemporary Art (CCA) Glasgow invited our Director Kathrin to talk about Company Drinks as part of their “Intentions in Action” series, and quickly connections were made with artist-run, Glasgow based, community drinks enterprise; Bottle of Ginger. Together we ran a few workshops in community centres across the East End of Glasgow, and it turns out, that east Glasgow has a very similar picking history to east London, but instead of picking hops it was strawberries.

We decided to make a twinned drink and produce the #superlocal cup to measure your localness in both places.

In the first week of July 2017 two groups with 400 miles between them, went picking. The group from east London went to Maynards Farm in Ticehurst, Kent, England, and a group from the East End in Glasgow went to East Yonderton Farm, Renfrew, Scotland. The picks of the day make two strawberry drinks, united and divided by flavour, boarders and preferences.

With support from the CCA Glasgow and Goethe-Institut Glasgow.