What does being local mean? Are there links between east London and east Glasgow working class histories and memories? We're thrilled to be launching our first "twinned" drinks, which have been produced as a collaboration between Company Drinks, the CCA Glasgow, A Bottle of Ginger, with support from the Goethe Institut Glasgow.... 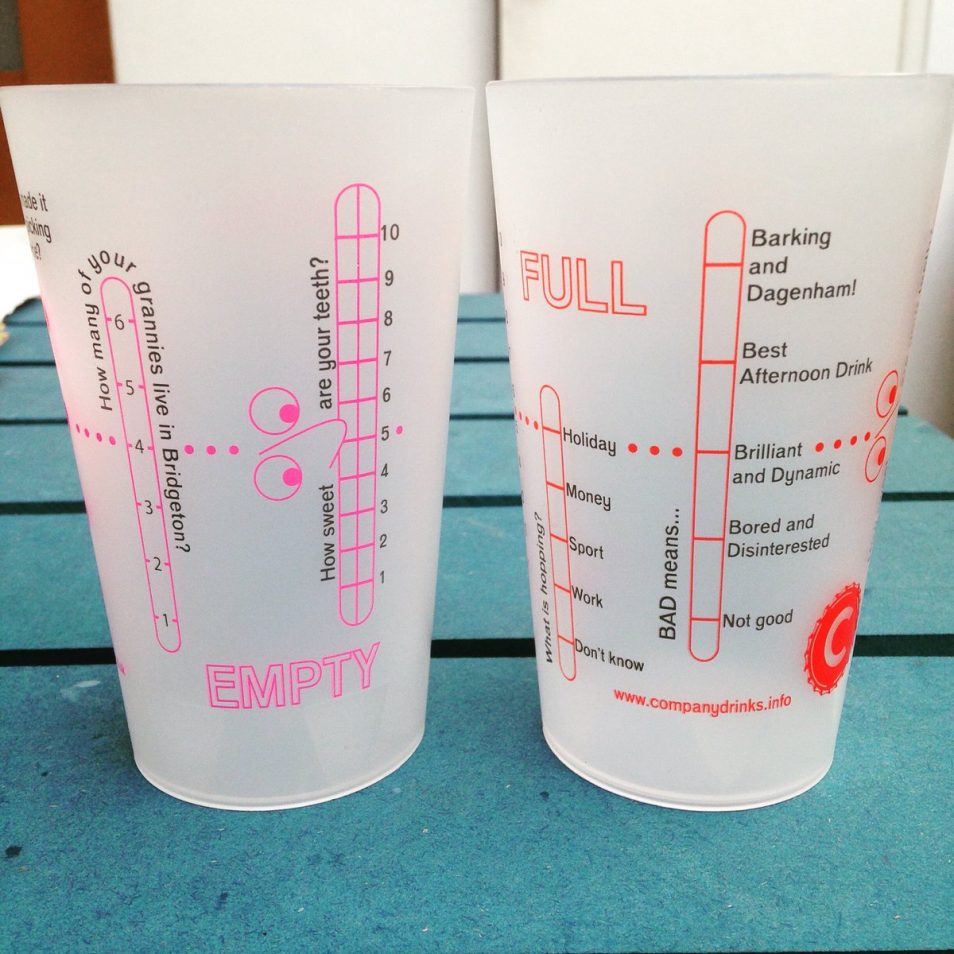 ‘What is Ginger’ and a new Twinned Drink

A two part collaboration between Company Drinks (London) and Bottle of Ginger (Glasgow), initiated by CCA Glasgow and supported by the Goethe Institut Glasgow Dec 2016 – October 2017

This commission for the CCA addresses some of the key questions from the project locally: What are soft drinks traditions in Glasgow? What does being local mean? Are there links between east London and east Glasgow working class histories and memories?
Early on in the commissioning process it became clear that these questions and any outputs should be developed and produced in collaboration with Bottle of Ginger, run by Natalia Jejer.

Company Drinks and Bottle and Ginger have since been organising and running community workshops on the questions raised above, and will produce and launch new outputs for each commission: a multi-purpose cup (#Superlocal Cup) which addresses local identity in a playful and conversational manner, and a ‘Twinned Drink’ with strawberries picked by both east Glasgow and east London communities, comparing ‘Scottish’ and ‘English’ flavours, picking heritage, identities and politics.